Home Sport Who ends Roman’s Reign? – four men who could dethrone the tribal... 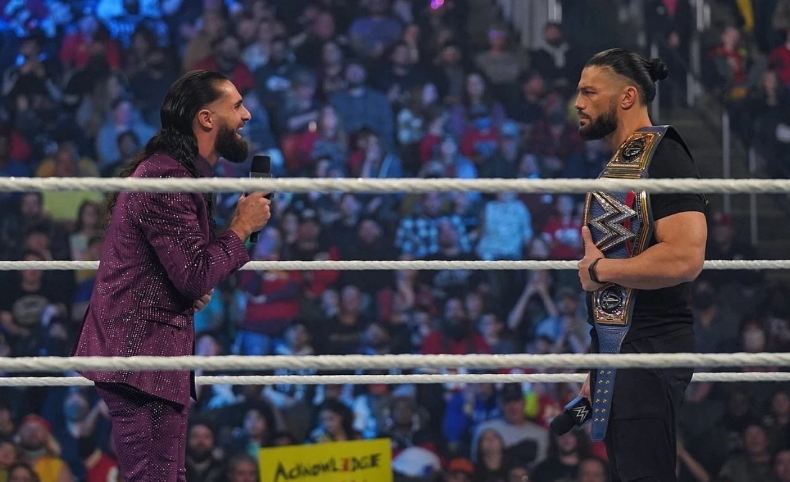 LONDON: The last person to pin Roman Reigns’ shoulders to the mat for three was Baron Corbin at TLC 2019 and no surprise, he isn’t one of the picks on this list. The former Shield Member has been on the run of an absolute lifetime, having been a world champion since August 2020 when he won the Universal Championship and since has added the WWE Championship, unifying the both to be the Undisputed WWE Universal Champion since this year’s WrestleMania.
Reigns has been the most dominant champion since Hulk Hogan in the late ’80s, something highlighted by the fact he has defended his gold on 25 separate occasions since winning against 16 different opponents since first winning at Payback 2020, losing just twice since then and both times being via DQ,
This just showcases just how dominant of a champion the Soman has been over the past two and a half years, and whoever finally topples Reigns faces an almost herculean task ahead of them.
The talk of the town is that Roman Reigns will carry this dominance all the way through to WrestleMania 39 where he will face the People’s Champion The Rock in a true battle of titans.
The real question is if that is the case, does that match even need the titles? Probably not.
If it does has the title stipulation does The Rock win, given his insane schedule? Probably not. 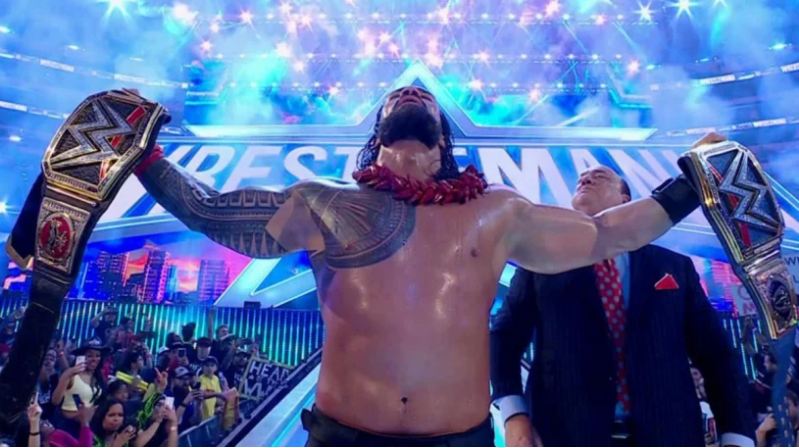 It begs the question of who dethrones Roman Reigns, who’s been sitting pretty on his perch since August 2020? Here are four names for you.
Hard not to start with the most obvious, right? Cody Rhodes’ return to WWE was such a big story and such a seismic shock to the industry, it overshadowed Stone Cold Steve Austin’s first match in nearly two decades. One of the founding fathers of All Elite Wrestling, Rhodes helped create WWE’s biggest competitive rival since WCW and changed the industry forever. His jump from Jacksonville to Stamford made him the first AEW – WWE switch we’ve seen since Tony Khan-lead promotion’s inception and with Cody being one of the company’s EVPs, it is a coup that is hard to believe they actually pulled off.
Since his departure from WWE in 2016, Cody Rhodes worked and developed the ‘American Nightmare’ character, which is of course a nod to his father, the late great ‘American Dream’ Dusty Rhodes. Questionable neck tattoo aside, the presentation and allure of this Cody Rhodes cannot be understated and just oozes top-star material.
The RAW after his spectacular return against Seth Rollins at WrestleMania Cody Rhodes cut a heavy and emotive promo, explaining the reasoning behind his return and what led him back to a place he publicly lambasted in his time away. Dusty Rhodes, despite being an undisputable giant of the industry, had never won the WWE Title in his career and in the one title match he did win, he didn’t take home the belt. This was due to champion’s advantage which means the title can only change hands by pinfall or submission, and dusty had won via count-out which meant he did not win the industry’s most prestigious prize. Cody Rhodes made it very clear through his tears, that his reasoning to return to WWE was the intention to win the WWE Championship, for his father’s legacy and to prove himself.
Everything seemed to be on track for the American Nightmare, until the Hell in a Cell PPV. Rumours were swirling about a possible injury he suffered and these were confirmed when he revealed half his torso and arm to be completely bruised, as he had torn his pectoral muscle completely off the bone. To the man’s absolute credit, he competed and won a gruelling contest to gain his third victory over Rollins but was put on the shelf for up to nine months.
This, however poses an almost fairytale run for Rhodes. Should reports be believed he is in line for a January return, perfect for a return in the Royal Rumble to an insane pop, and an even bigger one should he win the rumble to punch a date with Roman Reigns for his Undisputed titles at WrestleMania 39. Having Cody Rhodes topple the Head of the Table at WrestleMania makes sense for a multitude of reasons. Firstly, you have the build-in story of Cody trying to cement his father’s legacy, as well as aiming to prove himself to the company that deemed him not good enough for so many years, making the biggest white-hot babyface in the company an even hotter commodity than he was before and a new face of the company.
What this also does is shows potential AEW wrestlers a blueprint of how they can be treated in WWE, with mismanagement being one of the reasons they jumped ship to AEW in the first place. If they see an out-and-out AEW guy being pushed to the moon in WWE, it just opens the door for more stars to move across which can only be good for everybody.
Having Cody Rhodes beat Reigns might be the popular and obvious chance, but it is the popular and obvious choice for a reason.The man who has Roman Reigns’ number. Who knows you better, than your brother?
Seth Rollins and Roman Reigns’ careers will forever be entwined with one another through their hugely successful time as part of being The Shield along with Dean Ambrose/Jon Moxley, arguably one of the best factions in the history of WWE. The three men all of whom currently hold championship gold (Seth being the United Champion and Jon Moxley being the AEW World Champion) all have The Shield to thank for propelling them to the heights they have achieved. They also have Seth Rollins to thank for absolutely breaking that brotherhood when he turned in his Shield brethren and cracked Roman Reigns’ back with a steel chair in 2014. Whilst the trio have since gotten together and reunited at various points, it is clear Reigns is still scarred from Rollins’ actions that night.
The two did have a short-term programme at the turn of the year in time for a title match at this year’s Royal Rumble PPV. This programme included Seth goading the Head of the Table about his betrayal and the fact

Overall there are valid cases for all these men as well as honourable mentions such as Solo Sikoa, and Bron Breakker amongst others but one thing is for certain. Roman Reigns is one of the greatest champions in the history of professional wrestling and whichever lucky soul is the man destined to beat the future hall of famer, will etch their name in WWE folklore for decades to come.

Spain out of FIFA W’Cup after defeated by Morocco