Home CHINA-CPEC-BRI What is socialism with Chinese characteristics? 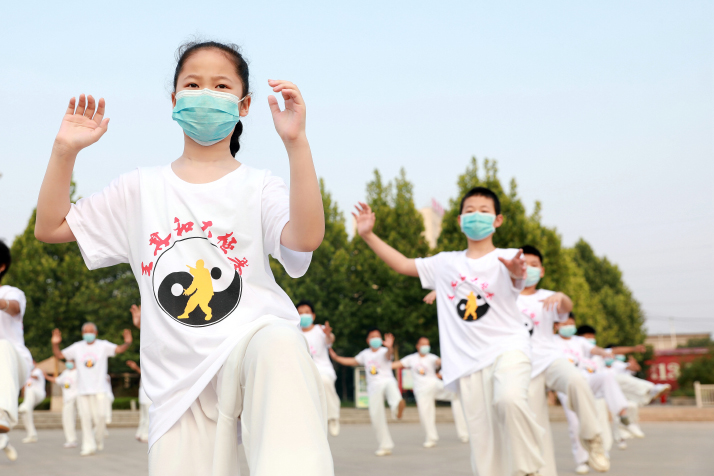 Beijijng: In early 1848, Karl Marx finished The Communist Manifesto while Europe seethed with class conflict. As the manifesto famously intoned, the “specter of communism” was haunting Europe—a perfect expression of the Zeitgeist—culminating in continent-wide workers’ revolutions later that year.

What the landmark document got wrong, however, was its optimism those revolutions would succeed—they did not—and underlying this, its still incomplete understanding of the relationship between politics and economics. This is to say, despite the manifesto insisting so clearly as it did on its rendition of scientific socialism, despite working so hard to resist criticisms of utopianism, its idealism ultimately fell short of reality. Marx then spent the next decade-plus figuring out what he got wrong, ultimately finding both the theoretical and practical means for grounding his theories more deeply in reality, thereby offering those who followed a better foothold as they struggled to create socialism.

While the time, place and conditions were quite different, a similar development can be observed in the evolution of Chinese socialism. On the one hand, the Chinese had long held traditional concepts of social justice that were broadly consistent with modern concepts of socialism. These can be found in ancient works like The Book of Rites, likely compiled more than 2,000 years ago during the tumultuous Warring States period (475-221 B.C.), where concepts like xiaokang and datong societies were first discussed.

Confucius described establishing a xiaokang society as reaching a new threshold of social and political development after a period of relative chaos. In such a society, the basic and increasing needs of society are reliably met and trending positively, with a capable state that is well-ordered and effective at the helm. This state must be capable of solving problems progressively, thereby advancing toward datong—great harmony—arguably best described in contemporary language as a relatively advanced stage of socialist development and common prosperity.

These terms had currency in the late 19th and early 20th centuries, when China was in disarray as various invading powers had begun to partition the country among themselves. One example here was the influence of Datongshu or The Book of Great Unity, in which late Qing Dynasty (1644-1911) intellectual Kang Youwei envisioned the creation of a utopian society through incremental reform. Additionally, socialistic practices were not uncommon in some of China’s historical peasant uprisings, nor were they unfamiliar to a similar uprising Mao Zedong observed in his native province of Hunan in the 1920s.

Through the influence of the Soviet Union and Marxist theory, the Communist Party of China (CPC) in its early years was heavily influenced by non-native theories and solutions that ultimately proved out of step with Chinese realities. Generally speaking, these inadequacies were revealed at two points in time.

First, they came into view in the wake of the Moscow-directed communist uprisings in Chinese cities in 1927-28, resulting in many CPC members being massacred, and again in 1934, when Moscow elements in the CPC decided disastrously to defend the Jiangxi Soviet area against the Kuomintang regime’s encirclement campaign. That precipitated the Long March, in the middle of which the Party realigned itself under Mao’s leadership, and the latter’s emphasis on formulating more effective tactics based on China’s realities. During the Yan’an period that followed, the Party began to experiment with some basic forms of socialism in the areas it controlled.

Second, in the mid-1950s, while following Soviet guidance during the First Five-Year Plan (1953-57), the CPC became increasingly aware that China’s development path necessitated different approaches. In the two decades that followed, China experimented with new, sometimes radical, methods intended to leverage as quickly as possible its working masses into a developing and durable socialist state. In some respects these efforts proved a spectacular success but in others they failed tragically, as the Party subsequently has assessed the policies associated with the Great Leap Forward, a failed campaign launched in 1958 to quickly modernize the country, and the “cultural revolution” (1966-76).

By the early 1960s, at the latest, the break with the Soviet Union was clear and by the late 1960s had generated open conflict. Along the way, China started walking the hard path of discovering its own development model. These efforts, by trial and error, were important forerunners of “socialism with Chinese characteristics,” and it was through reflecting on these experiences that this new concept was then crystalized in Deng Xiaoping Theory during the early days of China’s reform and opening-up period, starting in 1978.

The incredible arc of Chinese development that followed is relatively well-known and will not be recounted in detail here. What should be noted is that some observers, in the West especially, wrongly concluded for various reasons that socialism with Chinese characteristics was a deliberate misnomer and that what materialized as China increasingly embraced a socialist market economy was in fact capitalism and the opposite of socialism.

To be sure, a lot of what had been erected as socialism previously was swept aside for solutions that could accelerate national development and raise both incomes and government capacities to create more durable public goods and social welfare. Furthermore, there was a lot of new experimentation, a lot of “crossing the river by feeling the stones,” as Deng put it, as China developed new approaches.

Along the way, new concepts, goals and objectives were introduced. For example, under the rubric of socialism with Chinese characteristics, specific objectives were formulated. They include the two centenary goals: the first for 2021, a century since the CPC’s founding, when a modern version of Confucius’ xiaokang or moderately prosperous society was achieved; and the second for 2049, a century since the founding of the People’s Republic of China, when a fully developed, modern socialist society is expected.

So what, then, is socialism with Chinese characteristics? Fundamentally, it’s a social and political development concept innovated by the CPC, one that connects a socialistic vision with Chinese realities. Its fundamental aim is to realize China’s national rejuvenation, or reach the country’s full potential to better meet its people’s needs and expectations. It does so by achieving development goals that link with socialistic progress, like eliminating extreme poverty, pursuing green development, expanding access to healthcare and health insurance, improving the quality of education, advancing rural development, effectively confronting disease outbreaks, and providing an adequate national defense, to name a few.

Over time, the concept has become more concrete and confident. This is signified in part by the recent achievements of establishing a xiaokang society, and containing and recovering from COVID-19. And it moves forward, internationally even, by pursuing true multilateralism, consistently supporting international efforts against the pandemic and climate change, and promoting win-win development projects like those associated with the Belt and Road Initiative. This initiative, proposed by China in 2013, aims to boost connectivity along and beyond the ancient Silk Road routes.

But according to some scholars, having reached some of these milestones, socialism with Chinese characteristics is less now a matter of theory and more so an established principle of practice. This fits with President Xi Jinping’s declaration that China is now in a new era and confident in its development path and that national rejuvenation has become an unstoppable reality. It’s reasonable to conclude that these accomplishments are consistent in part with the aim and spirit of The Communist Manifesto, but represent more closely the mature materialism Marx described in his later years and various communist parties since then have tried to accomplish. On this account, through the ups and downs and not in spite of them, the CPC scores very well. And in this sense, Chinese socialism today is not a specter but a growing reality.