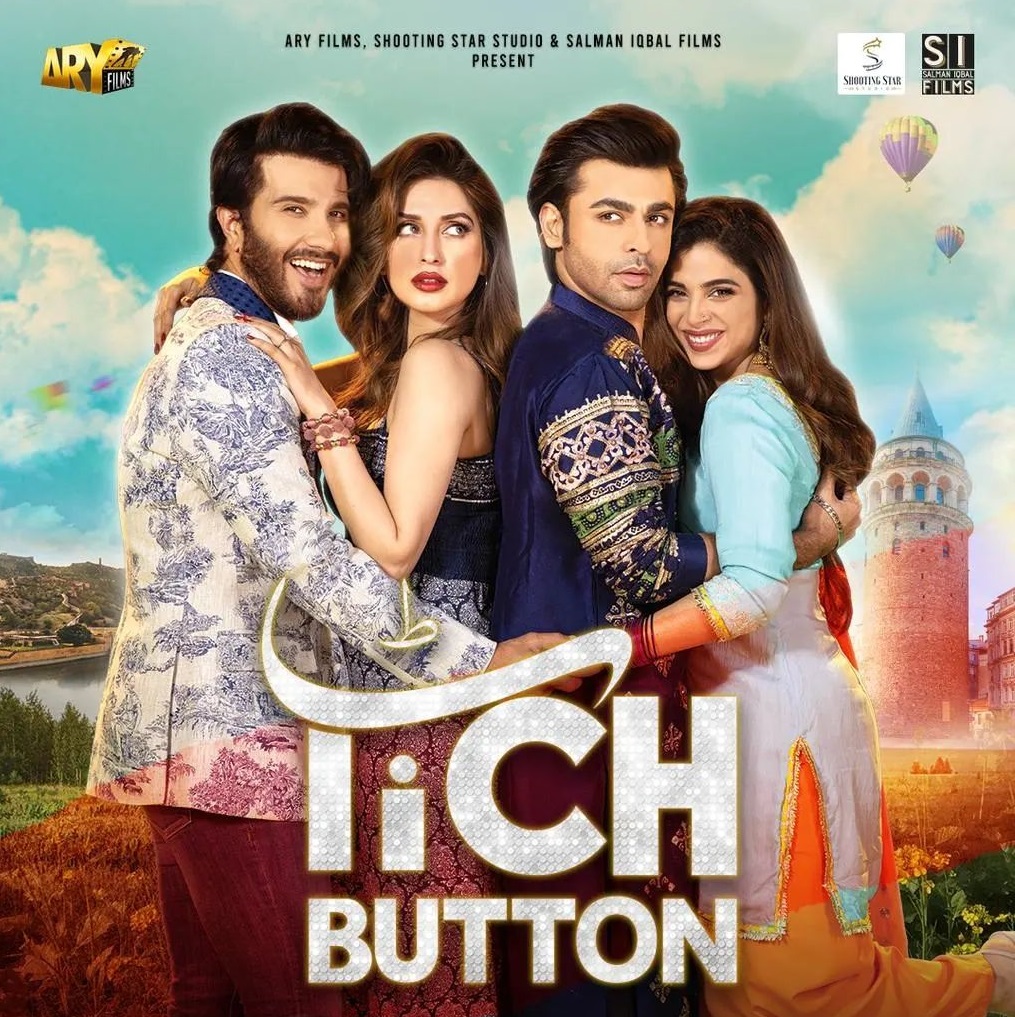 Pakistani cinema is back with a vengeance. After a hiatus of two years when Covid 19 effected the films and their releases, many Pakistani films have come out this year. Both the Eids saw big releases with Eid ul Adha releases London Nahi Jaunga and Quaid e Azam Zindabaad hitting huge at the box office. Kamli starring Saba Qamar in the lead role was quite a rage and people loved the film through and through. And now The Legend of Maula Jatt is roaring at the box office worldwide. Urwa Hocane’s debut production Tich Button is also set to be out now. with its theatrical trailer launching today.
Tich Button boasts a huge cast including Farhan Saeed, Sonya Hussyn, Feroze Khan, Iman Ali, Sohail Ahmad, Samiya Mumtaz and a special dance number from the producer herself Urwa Hocane. The film is directed by Qasim Ali Mureed who just gave the super hit drama Mere Humsafar.
The film is a romantic comedy with a lot of action sprinkled in. It has all the typical tropes of a Punjabi family, one desi leading lady countered by a villayiti one with peppy songs sprinkled in. The fil is also bringing in huge faces of Pakistan’s entertainment industry. The film will be releasing on 11th November 2022.