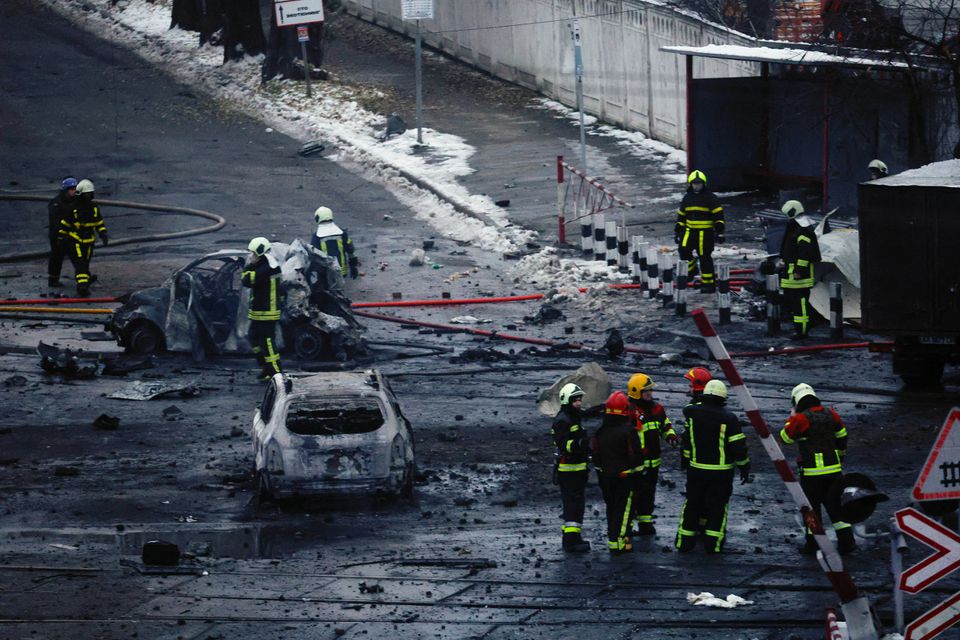 KYIV: Ukrainian defence forces have shot down 51 of the 67 Russian cruise missiles that were launched on Wednesday, the country’s top general said, after strikes that knocked out power-generating facilities.
Commander-in-chief Valeriy Zaluzhny, writing on Telegram, said 30 missiles had been launched at Kyiv alone, adding that 20 were downed.
A barrage of Russian attacks on Ukrainian infrastructure has knocked out power across large areas of the war-torn country as well as parts of neighbouring Moldova. In the capital Kyiv, where the water supply was also cut, at least four civilians were killed and nine wounded, authorities said, when a rocket hit a two-storey building on Wednesday.
Multiple regions reported attacks in quick succession as Moscow pursues its campaign to debilitate Ukraine’s essential services ahead of the looming winter. Before the latest wave of attacks, President Volodymyr Zelenskyy had said Russian strikes had already damaged about half of Ukraine’s infrastructure.
Ukrainian officials say they believe Russian President Vladimir Putin is hoping that the misery of unheated and unlit homes in the cold and dark of winter will turn public opinion against a continuation of the war, but they say it is having the opposite effect and is strengthening Ukrainian resolve.
Kyiv Mayor Vitali Klitschko said Wednesday that “one of the capital’s infrastructure facilities has been hit” and there were “several more explosions in different districts” of the city.
Power outages also affected the northern city of Kharkiv, the western city of Lviv, the Chernihiv region in northern Ukraine and the Odesa region in the south. Anton Gerashchenko, a Ukrainian ministerial adviser, noted that the attacks came moments after the European Parliament declared Russia a “state sponsor of terrorism”. –Agencies