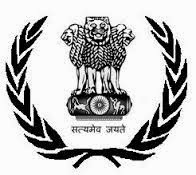 Indian Intelligence Agency, the Research and Analysis Wing (RAW) is reported to be in the final phase of its covert plan of relocating the remnants of dismantled Sri Lankan militant organization the LTTE (Liberation of Tamil Tigers Elam) and that with maintaining a proper database of the LTTE members and their families and has used the project of constructing houses for Internally Displaced Persons (IDPs) of Sri Lanka that is apparently being run by Indian Government with the support of NGOs like India’s SEED and America’s Habitat for Humanity, reveal the Investigations of The Daily Mail.
The Daily Mail’s investigations reveal that soon after the LTTE was defeated by the Sri Lankan army in 2009, India’s Intelligence agency RAW that has constantly been guiding, training and comprehensively funding and arming the LTTE, presented a high profile report to the government of India in which it was stated that if abandoned completely by India, the LTTE remnants would emerge as a permanent source of threat for India and thus relocation of at least top operatives of the former LTTE, who were hiding at different countries with RAW’ patronage, must be relocated and re-engaged in Sri Lanka and India both. It was purposed that some of the LTTE remnants must be relocated in Tamil Naidu State of India while the remaining be helped and supported to be relocated within Sri Lanka and a proper database of these remnants be prepared and they be kept intact and under constant vigilance so that they are not hijacked by any other power and simultaneously be kept in reserve for any future use.
The Daily Mail’s investigations reveal that following this report and RAW’s suggestions in this regard, the Indian government announced to help Sri Lanka in constructing Housing projects for the IDPs that suffered house losses during the LTTE-government conflicts in the Northern and Eastern Provinces of Sri Lanka in particular and other parts in general. The Indian government in fact went on to announce to construct some 50,000 houses for the purpose. In this direction RAW managed to bring up the services of certain Non-Governmental Organizations (NGOs) like SEED of India and Habitat for Humanity of the US. The Investigations indicate that despite the facts that NGOs like Habitat for Humanity were operating in Sri Lanka for past few decades, RAW, after making new plans, managed to penetrate into these NGOs while SEED India was completely taken over by RAW just after a few years of the NGO’s inception in 2000-2001.
The Daily Mail’s findings indicate that in the beginning Muslims NGOs like UK-based Muslim Aid, Czech Republic-based People in Need NGO; and local groups Community Trust Fund and Sarvodaya were also allowed to play active role in the project, yet, later, the project became the lone piece of pie for India and the Indian government built 10,000 houses in 2013 while 33,000 more were to be constructed in the next two years.
16,000 more houses were completed during 2014, and the remaining 17,000 houses will be built in 2015 while the project is being implemented with full grant assistance from India, with the total outlay of Rs 1,372 crore making it one of the largest grant assistance projects undertaken by the Indian government in any country.
The Daily Mail’s investigations indicate that since the entire project has been hijacked by the Indians with special role of RAW in the allocation process, the constructed houses under the project are not being allocated on merit while the members of the former LTTE are being compansated by India. These finding further indicate the despite that fact that some 100,000 Muslims nationals of Sri Lanka, belonging to nearly 27 Muslim administrative districts suffered the displacement, the allocation of Muslim IDPs in these India funded housing projects is almost zero while the Indians are preferring the followers of LTTE’s boss Velupillai Prabhakaran, brushing aside completely the merit and the quota of the Muslim IDPs. These investigations further reveal that the Northern Majlisul Ulema of Sri Lanka, a representative body of Sri Lankan Muslims has also written a protest letter on 13th of March,2014 to the Indian High Commissioner at Colombo, protesting very strongly over this discrimination and ethnic separation in this direction. 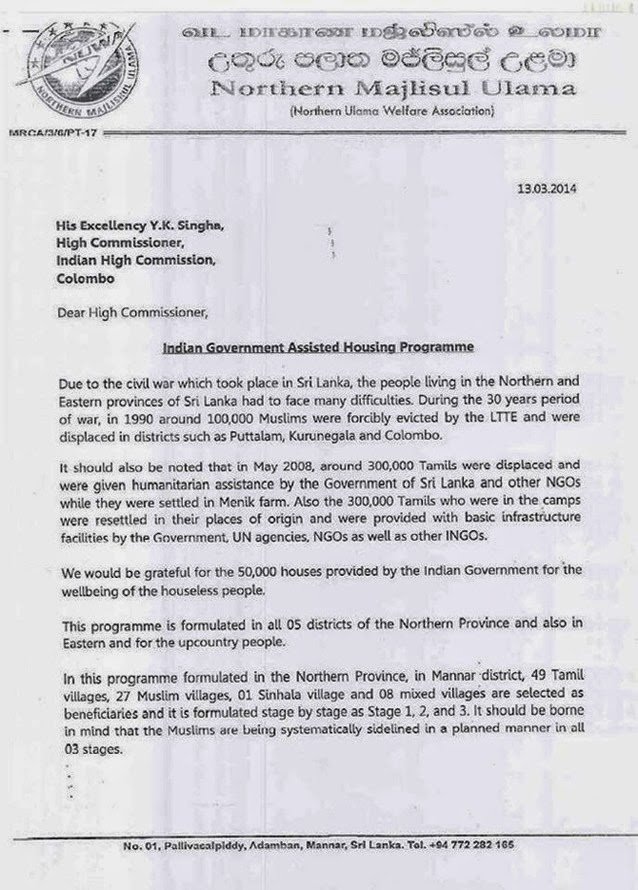 RAW hosts secret Conference with Spymasters from over 20 countries