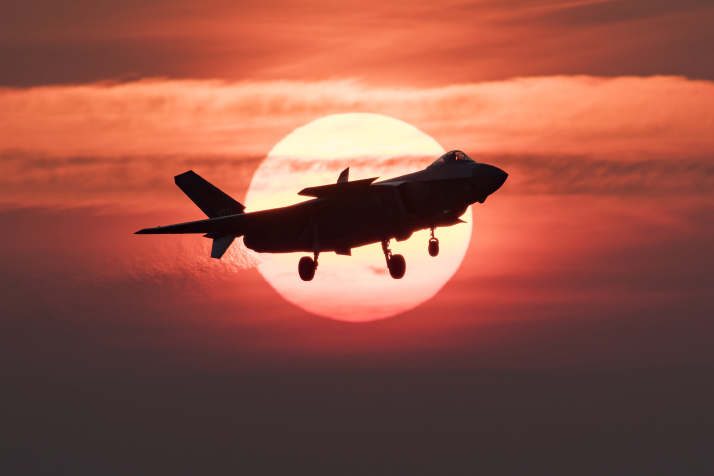 Beijing: The People’s Liberation Army (PLA) celebrated the 95th anniversary of its founding on August 1. The people’s armed forces founded by the Communist Party of China (CPC) have made indelible achievements in realizing national independence, liberating the Chinese people, and making the country prosperous and strong, Minister of National Defense Wei Fenghe said at a celebratory reception in Beijing on July 31.

Wei called for the thorough implementation of Xi Jinping’s thought on strengthening the military and speeding up the modernization of national defense and the armed forces.

Xi, General Secretary of the CPC Central Committee, Chinese President and Chairman of the Central Military Commission (CMC), has emphasized the country’s need to build a strong military on numerous occasions.

“We must accelerate the modernization of national defense and the armed forces. A strong country must have a strong military, as only then can it guarantee the security of the nation,” Xi said at the ceremony marking the CPC’s centenary on July 1, 2021.

Xi’s thoughts have been reflected in important Party documents. The Resolution of the CPC Central Committee on the Major Achievements and Historical Experience of the Party Over the Past Century, adopted in November 2021, states the Party’s goal of building a strong military in the new era is to build the people’s forces into a world-class military that obeys the Party’s command, can fight and win, and maintains excellent conduct. 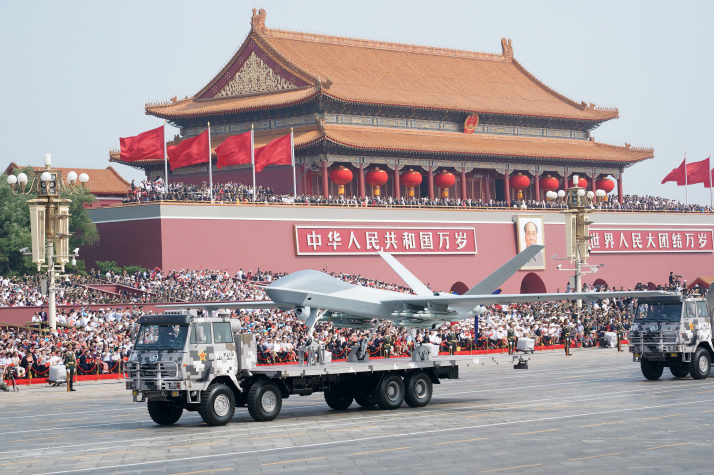 China’s armed forces are composed of the PLA, the People’s Armed Police Force and the militia. China pursues a national defense policy that is defensive in nature, and follows the principle of never seeking hegemony, expansion or spheres of influence.

To achieve these goals, a number of reform measures have been taken since the 18th CPC National Congress in 2012. Xi has led the most extensive and profound reform of national defense and the military since the founding of the People’s Republic of China, Wu Qian, a spokesperson for the Ministry of National Defense (MND), said at a press conference on July 28.

The armed forces have pushed forward political work, deepened military reforms, applied more advanced science and technology, given greater play to the role of talented people, run the armed forces in accordance with the law, strengthened troop training, and enhanced combat readiness, according to Wu.

A conference on military political work took place in Gutian, a famous old revolutionary base in Fujian Province, in 2014, where Xi reaffirmed the PLA’s fine traditions and principles of political loyalty and Party leadership. He also warned that the PLA risked degradation and deviation if some outstanding problems were not tackled right away.

In the past decade, some high-ranking military officers have been investigated and punished for grave violations of Party discipline and state laws. Political and disciplinary inspections as well as financial auditing have been intensified.

Meanwhile, the PLA has constantly improved its combat capability. The chains of command are more streamlined, and the responsibilities are more properly delegated, according to China’s National Defense in the New Era, a white paper published in July 2019.

The PLA has abolished the long-established systems of general departments and military area commands, and set up new systems following the principle of “the CMC exercising overall leadership, the theater commands being responsible for military operations, and the services focusing on developing capabilities.”

A new CMC-Services-Troops leadership and management system has been formulated. Previously, the PLA consisted of the army, navy, air force and the Second Artillery Force (SAF). After the reform, the SAF was renamed the PLA Rocket Force, the PLA Strategic Support Force was established by combining strategic support forces across the services and CMC organs, and the PLA Joint Logistics Support Force was set up mainly for general-purpose support.

A CMC-Theater Commands-Troops operations command system has also been put into place, with the former seven military area commands reorganized into five theater commands in charge of defense of the eastern, southern, western, northern and central regions of the country.

Moreover, the scale and structure of the military forces have been adjusted. In September 2015, Xi announced a cut of 300,000 personnel which would downsize the total active force to 2 million.

According to the 2019 defense white paper, the number of personnel in leading organs at and above regiment level was cut by about 25 percent and that of non-combat units by almost 50 percent. The PLA army was significantly downsized; the air force maintained its scale; the size of the navy and rocket force was moderately increased; and new types of combat forces have been formed to conduct amphibious, far-sea and other special operations, thus optimizing the force structures of all services and arms.

The PLA has strived to transform from being personnel-intensive to science and technology-intensive, in light of a prevailing international trend to develop long-range precision, intelligent, stealthy and unmanned weaponry and equipment in preparation for informationized and intelligent warfare.

In January 2016, the Science and Technology Commission and Office for Strategic Planning debuted along with other functional departments under the CMC.

To generally achieve mechanization by the year 2020 was part of the strategic goals for the development of China’s national defense and military spelled out in the report to the 19th CPC National Congress in 2017. In November 2020, the MND announced the goal had been achieved.

All weaponry and equipment reviewed by Xi during the military parades in 2015, 2017 and 2019, were domestically produced, and respectively 84 percent, nearly half and 40 percent were unveiled for the first time, according to the PLA Daily. 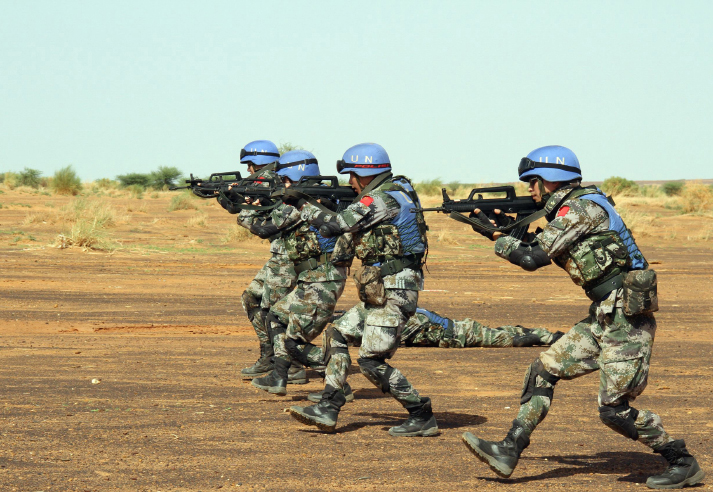 Chinese peacekeepers train at a shooting range in Mali on July 28, 2015 (XINHUA)

Most recently, from the evening of August 2, the PLA Eastern Theater Command carried out a series of joint military drills around Taiwan Island. “The military operations are a stern deterrent against the recent major escalation of the negative acts by the United States on the Taiwan question, and a serious warning against separatist activities seeking ‘Taiwan independence’,” read a statement of the command. Earlier Speaker of the U.S. House of Representatives Nancy Pelosi visited China’s Taiwan, a move seriously violating the one-China principle and the provisions of the three China-U.S. joint communiqués.

China’s peacekeepers have built and repaired roads, cleared and disposed of mines and various items of unexploded ordnance, transported materials, treated patients and carried out armed escorts and long or short-distance patrols, among other tasks.

With tenacious fighting spirit and pragmatic actions, the people’s armed forces have safeguarded national sovereignty, security and development interests, and made great contributions to maintaining world and regional peace and stability as the military of a responsible large country, Wu said.