ISLAMABAD: Former prime minister Nawaz Sharif has been shifted back to Adiala Jail after his condition reportedly stabilised at Islamabad’s Pakistan Institute of Medical Sciences (Pims), official told media.
The deposed premier’s health was improving as results of the tests,  conducted in the last two days, indicated, said the hospital official, adding that the decision to move him back to the prison was taken as Sharif himself was insisting to do so.
A medical board, formed to examine Sharif, had conducted all tests and monitored his blood-pressure, sugar level and heart beat today. He was also advised echocardiogram and ultrasound tests in coming days.
The deposed prime minister was taken to the prison from backdoor of the cardiac centre of the Islamabad hospital, official said, adding that the protocol and armoured vehicles were parked in front of the cardiac centre as a security measure.

Sharif and his daughter Maryam were arrested on July 13, minutes after they returned to the country seeking to revitalise their flagging party ahead of the July 25 national election.
Earlier in the day, the caretaker government had ruled out the option of moving Nawaz abroad and maintained that the PML-N supremo was recovering well at Pims.
Speaking to the media in Lahore, Punjab’s caretaker home minister Shaukat Javed assured that Sharif is feeling much better after getting medical attention at the hospital and there is nothing alarming to report about his health, media reported.
The deposed premier was shifted from Adiala Jail to Pims as a precautionary measure on his personal physician’s recommendation, said Javed, adding that Pakistan had all the facilities necessary for treating heart patients and there was no need to take Sharif abroad.
The caretaker provincial minister said bringing the patient’s medical history from London was not a big deal and the same can be arranged in ‘five minutes’. He said the three-time premier has been taking home-cooked meals as per the directives.
The interim home minister said that Maryam Nawaz has not sent any application seeking to attend to her father at Pims.
Sharif’s hospital ward was declared a sub-jail after the former premier was shifted to Pims from Adiala Jail on Sunday night. Sharif complained of pain in chest and arms. Doctors requested jail authorities to transfer him to a hospital so he may be given emergency cardiac attention. 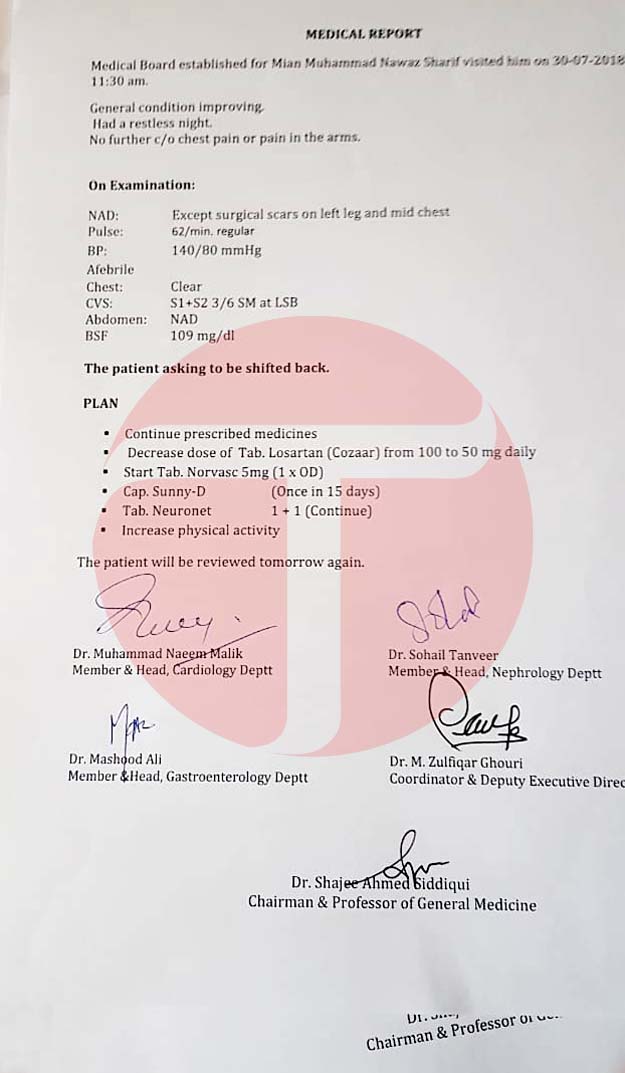 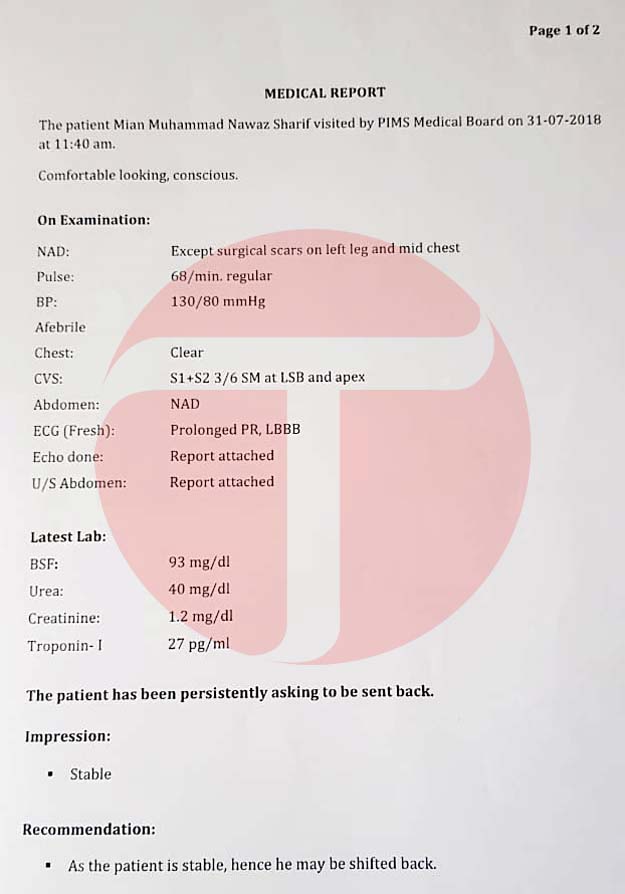 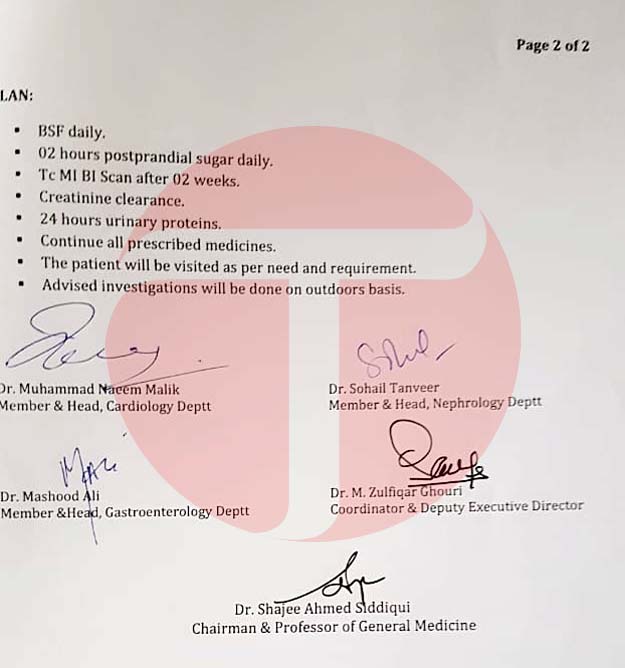 Blinken hints at having better ties with Pakistan