National Accountability Bureau (NAB) Chairman Justice (retd) Javed Iqbal has taken notice of irregularities revealed in allotment of commercial and industrial plots in Gwadar, resulting in losses running into millions of rupees to the national exchequer.
According to a notification issued by the national graft buster, Iqbal said the Gwadar Industrial Estate Development Authority (GIEDA) had turned into a state agency, distributing commercial plots to relatives and other preferred buyers.
“Those creating hurdles in the economic progress of Balochistan through corruption will be dealt with iron hands,” he was quoted as saying in the notification.
The NAB chief said Pakistan’s economic progress was linked to that of Balochistan’s, adding that those interested in investing in Gwadar must be given the opportunity according to the set rules and regulations. 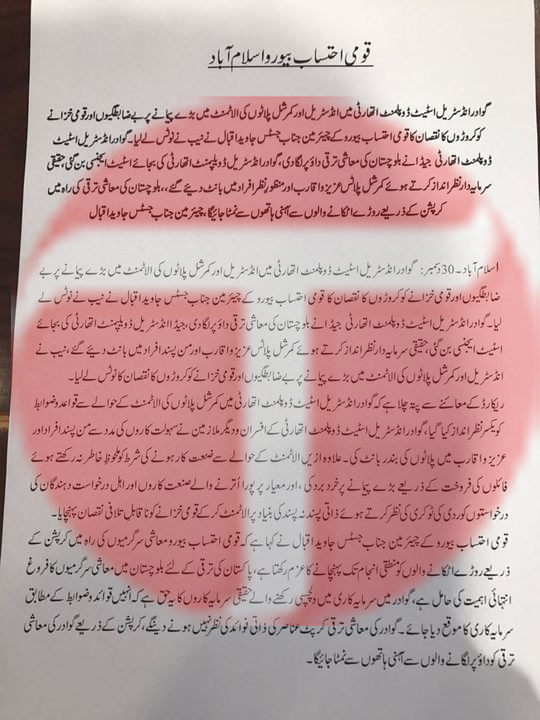