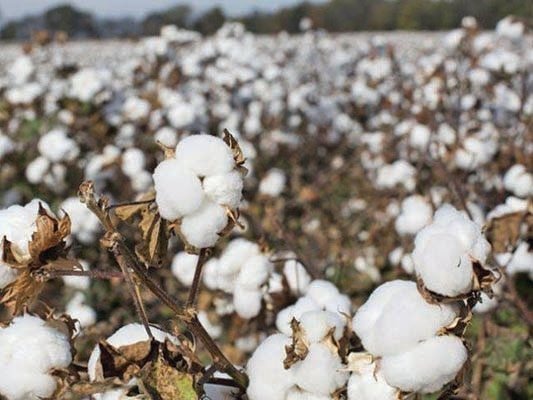 ISLAMABAD: The use of latest seed technology will help Pakistan increase its cotton production, meet the demand in local industries, and preserve Pakistan’s hard-earned reserves.
Pakistan is the fourth largest producer of cotton, but in the last few years, it has seen a decline in production. The unavailability of hybrid seed varieties is one of the main reasons why cotton production is decreasing.
Talking to WealthPK, an expert from Arid Agriculture University Rawalpindi said that with the use of latest seed technologies, farmers will be encouraged to grow more cotton, thereby enhancing productivity and benefiting the industry.
“The country’s declining cotton production over the past years is a major issue that needs significant attention,” he said.
The expert said a large number of people from rural areas including women are involved in cotton production. He said the quality of crops is crucial to farmers’ ability to make a living.
“Domestic production has been hampered due to shortage of high-yielding certified hybrid seed varieties and pesticides to combat pest attacks, which destroy millions of acres of crops every year,” he pointed out.
The expert said the development of cotton crop is vital for achieving economic progress and social prosperity. In addition to replacing conventional seeds, he said, hybrid varieties must also be used to maximize crop production.
“In order to compete in international market and fulfil the domestic raw material needs of the industry, seed production technologies need to be revamped to maximize farmers’ earnings,” he suggested.
Cotton is the second most important crop as it contributes significantly to Pakistan’s economy. After China, US and India, Pakistan is the fourth largest producer of cotton. It makes up about 0.6% of the gross domestic product (GDP) and 3.1% of the value added in agriculture.
“The crop was grown on 2.079 million hectares of land in 2020-21, a decline of 17.4% from 2.517 million hectares the previous year. Compared to the previous year’s production of 9.148 million bales, production dropped by 22.8% to 7.064 million bales during this period,” he said.
Cotton crop is in competition with other crops, particularly sugarcane.
The expert said crop zoning to prevent farmers from switching to other crops would be highly advantageous for development of agriculture sector and for economic growth.
Federal Minister for National Food Security and Research Tariq Bashir Cheema said at a recent meeting that the government aims to revive the cotton industry by enhancing the area of cultivation.
He asked seed companies to introduce quality cotton seeds with latest technology, saying that the government will support them.
-INP