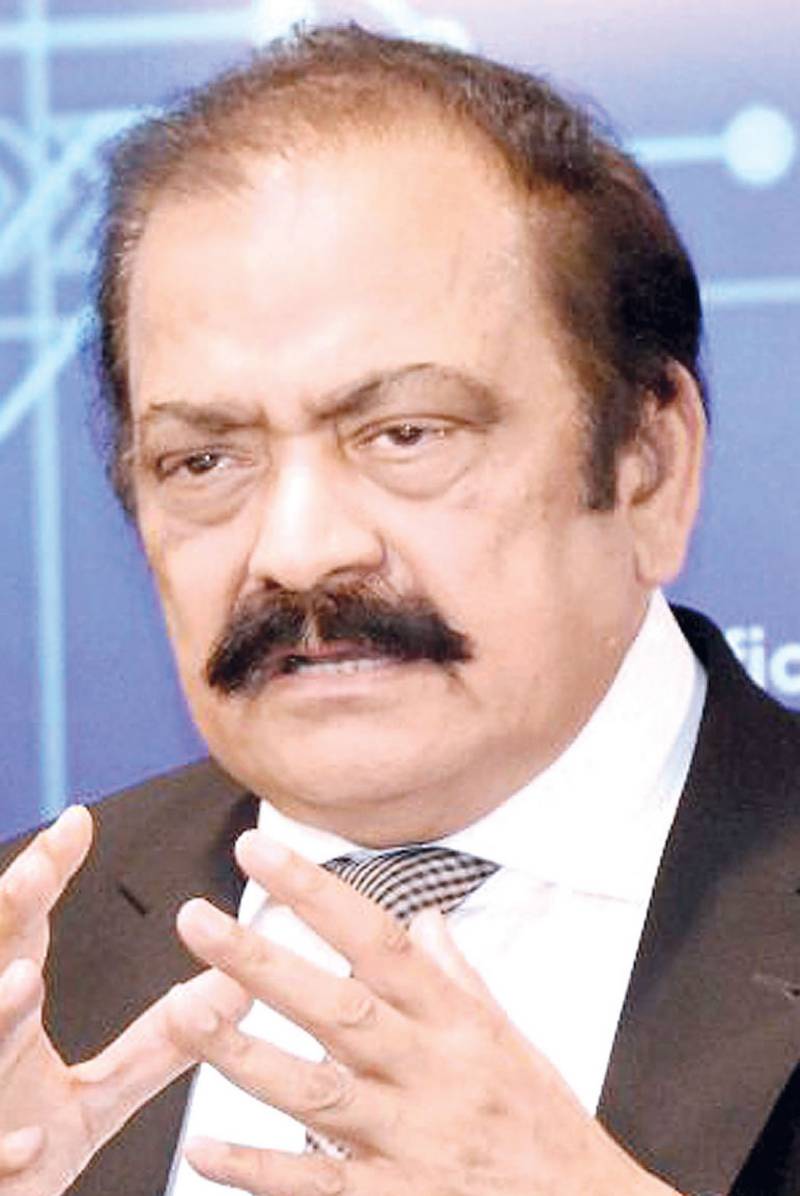 ISLAMABAD: Interior Minister Rana Sanaullah has admitted that the federal government failed to control inflation in the country owing to the tough decisions taken for International Monetary Fund (IMF) bailout package.
Addressing a press conference in Islamabad, the interior minister said that tough decisions taken by the federal government to acquire IMF bailout package caused runaway inflation, which the administration failed to control.
Rana Sanaullah criticised former prime minister and Pakistan Tehreek-e-Insaf (PTI) Chairman Imran Khan for breaking the deal with Fund, saying that the government had to take tough decisions to resume the package that resulted in inflation.
The interior minister further said that the government hoped to provide relief to the people as soon as the deal with the International Monetary Fund (IMF) is brokered, but the climate-induced floods wreaked havoc across the country.
In response to a question regarding Imran Khan’s plan to march on Islamabad with ‘preparation’, Rana Sanaullah said that the former premier claimed to have gathered a crowd of some two million people but he failed.
He warned that if Imran brings armed men, then they will be responded in kind. “However, if Imran comes for a peaceful protest, then we will offer him choice of locations to peacefully hold a rally,” he added.