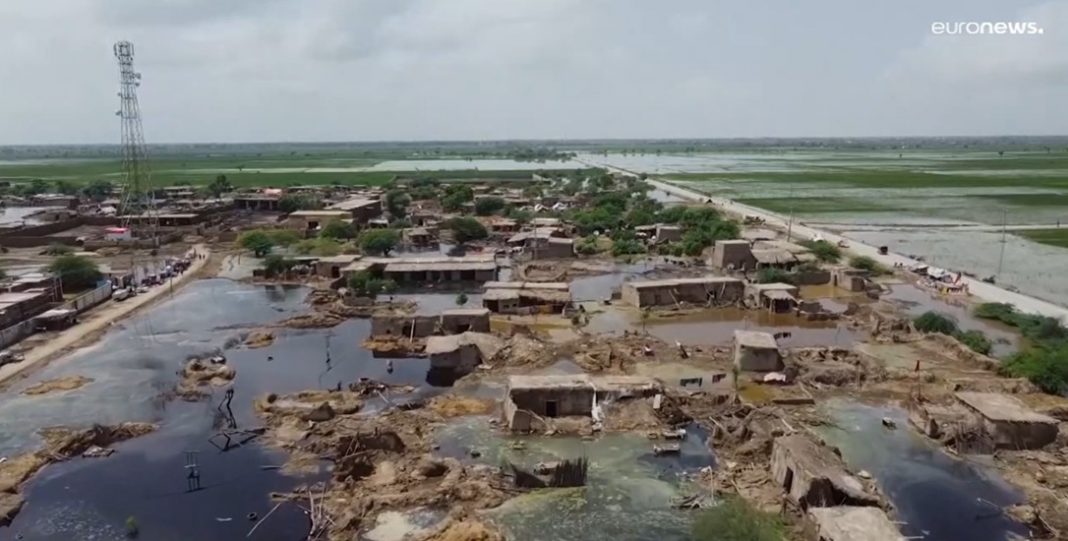 ISLAMABAD: Federal Minister for Planning and Development Ahsan Iqbal said the government will launch infrastructure and reconstruction drives soon and divert development budget funds towards rehabilitation and reconstruction of flood-affected areas. A build back better (BBB) approach is direly needed in the aftermath of the recent flood, he added, reports WealthPK.

Ahsan said a big challenge lay ahead for 30 million people adversely affected by the floods and the government must assist them in becoming self-sufficient, because almost one million houses had destroyed.

The minister said Pakistan required $10 billion to effectively deal with the post-flood situation.

“The National Disaster Management Authority (NDMA) reports that some 33 million people have been affected by the floods and officially 81 districts have been notified as calamity hit. 1.17 million houses have been damaged and nearly 566,000 destroyed. Similarly, nearly 6,700km roads and around 246 bridges have been damaged or destroyed,” he added.

Goheer said the IPCC report clearly said the frequency and intensity of extreme events will increase and that’s what they had observed initially during the early onset of summer. Unprecedented high temperatures and heatwaves during the months of March and April and then stronger and severe monsoon resulted in higher precipitation than normal, he added.

“Studies have reported a spatial and temporal shift in monsoons. Mainly, this disastrous event is attributed to unusual rains in the country; however, proper management and early preparations in anticipation could have yielded lower losses than observed. Damages are so colossal that the recovery pathway seems quite long and costly especially when the economy of the country is already in torrents,” he said.

“The magnitude and nature of disasters are altering. Though we have a Disaster Risk Reduction Policy, past and present experiences have made us realize that perhaps we are ill-prepared to handle disasters due to multiple reasons.”

The report of the Disasters Emergency Committee), a group of UK NGOs, is an eye-opener, which says, “Measures introduced by the Pakistan government to reduce the risk and impact of disasters may look good on paper, but the reality is markedly different”.

The report further says, “While Pakistan has set up the DRR governance system, it needs greater funding, political support and coordination to work more effectively, and more durable forms of DRR, such as mitigation and prevention, need more attention”.

“During the recent flood in Pakistan, massive losses occurred. The economy needs a reliable infrastructure to connect supply chains and efficiently move goods and services across borders. Infrastructure connects households across metropolitan areas to higher-quality opportunities for employment, healthcare, and education. Clean energy and public transit can also reduce greenhouse gases. A build-back better approach is direly needed in the aftermath of the recent flood,” he suggested.

He said the development and implementation of flood policy by the government reflected its serious commitment to an effective and sustainable flood management.

“The challenges which we are going to face are in agricultural (loss of yield and delay in sowing), healthcare provision, emergency relief, search and rescue, and disaster risk reduction”.

He said, “Climate change is here to stay and so are the extreme events. Preparedness is the mantra to deal with this global challenge. While preparing for disasters, the country needs to seriously consider community awareness, education and training on flood hazards and mitigation, integrated flood management, pre-disaster management, flood laws and their enforcement, strengthening institutional capacity and coordination, developing flood drainage infrastructure, improved flood forecasting and early warning capability, and improved watershed management, development and constructions of dams.”
-INP