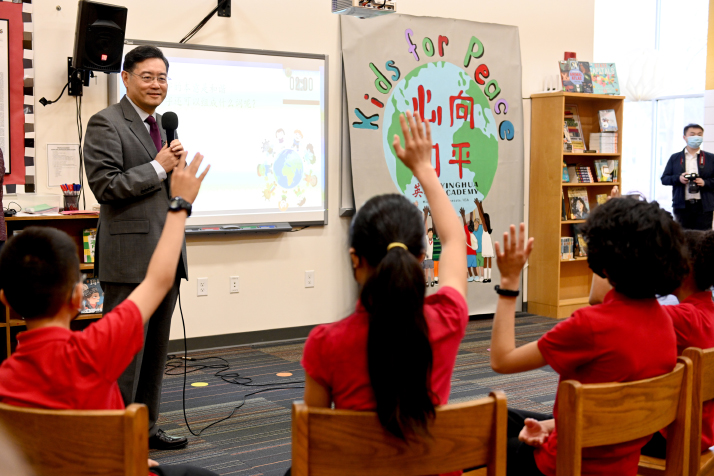 In September 2017, Hugo de Burgh opened the first and only Chinese-English bilingual immersion school in Europe in central London. After over four years, the unusual institution now caters to approximately 90 students, who study half their classes in Chinese and the other half in English.

“I set up Kensington Wade because I want future generations of British children to be at ease with Chinese culture and language,” de Burgh, the Walt Disney Chair in Global Media and Communications at Schwarzman College of Tsinghua University, told Beijing Review.

As China’s influence has increased in recent years—both economically and politically—the importance of learning Chinese and understanding Chinese culture has been recognized in many countries.

“For our planet to survive the climate and environmental crises, it is necessary that the two most vigorous and creative civilizations, the Anglophone and the Chinese, collaborate. For this to happen, it is not enough that the Chinese know us; we must know China,” the professor said.

For de Burgh, who is himself a senior expert in Chinese language and culture, the Chinese view of the world is just as valid as the British, Italian or Turkish ones, and it has a lot to offer to those who are passionate about it. “You have to make an effort to step outside of your own box that you’ve been raised in to understand,” he added.

Therefore, classes teaching Chinese calligraphy and martial arts are included in the educational system of Kensington Wade, and Chinese festivals are celebrated in the primary school. “By immersing the students into Chinese culture, we help them to see things from the Chinese perspective, escape thinking from a single, Western point of view, and gain a broader perspective on the world,” Wang Jing, a teacher at Kensington Wade, told Beijing Review.

The students come from a range of cultural backgrounds, including Chinese, British, French and Spanish. “Sending their children to Kensington Wade, parents think it’s important to become familiar with Chinese language and culture in order to be prepared for the future. After all China’s rapid development in recent years can’t be ignored,” Wang said.

The school will move to a larger campus soon and expand its enrollment to approximately 200, according to Wang. It will be establishing feeder nurseries, or bilingual preschools, and is discussing the possibility of a secondary school.

“Currently, 76 countries worldwide have incorporated Chinese into their national educational system. That means it has become a compulsory or an elective course across at least one academic stage in such countries,” Wu Yinghui, Dean of the Chinese International Education Research Institute, Beijing Language and Culture University, told Beijing Review.

For example, Cuba has joined the United States, Germany, New Zealand and some other countries in introducing Chinese teaching into middle school classrooms. In March, the Fructuoso Rodriguez Secondary School in Havana became the first in the country to offer the course, allowing its nearly 130 seventh graders to participate on an optional basis.

Moreover, Ireland, Russia, Belarus and other nations have listed Chinese as an elective subject in their college entrance examinations. The first ever Chinese speaking test of Ireland’s Leaving Certificate exam took place in April, in which approximately 100 students participated. In Belarus, the Chinese test for college candidates was established in June 2015.

Mushangwe was a teacher in a township middle school. “In 2007, the Confucius Institute at the University of Zimbabwe was established and there were two scholarships available to study Chinese in China. My teacher at that university called me and asked if I would like to study ‘painting’ in China. Chinese characters in his eyes were like paintings. I said yes without hesitation,” he told CRI online.

Mushangwe came to China to study Chinese in 2007 and obtained a master’s degree from Tianjin Normal University in 2011. Four years later, he received his country’s first ever Ph.D. in Chinese linguistics from Hebei University.

“For young people who want to grow in any career, a good command of Chinese language is helpful,” Mushangwe said. With the influx of Chinese investments and growing numbers of Chinese corporations in Zimbabwe, he believes learning Chinese is an investment for the future.

In Zimbabwe, businesses have a high demand for locals who can speak fluent Chinese. An experienced translator earns more than $500 per month, according to Xinhua News Agency. It is a decent income considering the per-capita GDP in the country in 2020 was about $1,200, according to World Bank data.

To make Chinese teaching and related classes sustainable, programs aiming to train local Chinese teachers were launched in Uganda in March 2018. After three years, over 100 people have received training and are teaching Chinese in the country. 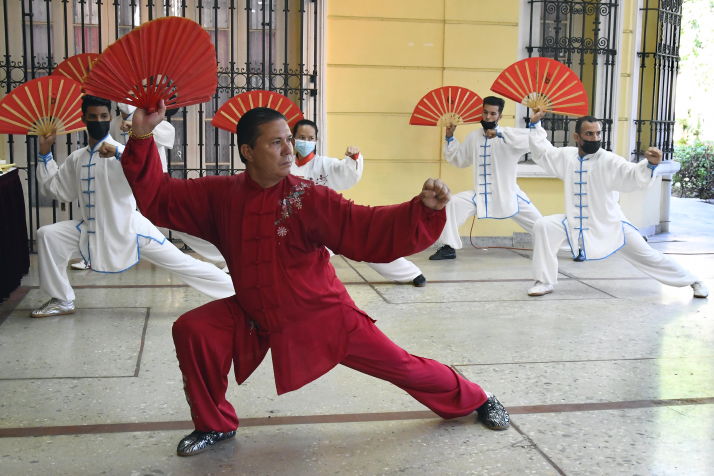 The COVID-19 pandemic and the changing international landscape have negatively impacted Chinese education around the world, Wu told Beijing Review. For example, the strict cross-border travel restrictions have made it difficult for foreign students to come to China. “As the resident income growth has slowed down in many countries during the pandemic, the number of people who are willing and able to study Chinese in China at their own expense might also decline in the next few years,” Wu said.

Against such a background, many Chinese education companies are ready to fill the gap. In 2021, New Oriental Education’s subsidiary BlingABC began to offer online Chinese courses in the U.S. via its Blingo app. Additionally, LingoAce, Super Chinese, Lingo Bus and many other firms are also swarming into this market, providing more options for Chinese learners overseas.

Furthermore, the politicization of Chinese education is posing severe challenges. For example, Confucius Institutes/Classrooms, named after the ancient Chinese philosopher Confucius, are non-profit public institutions aiming to promote Chinese language and culture around the world. Nevertheless, most Confucius Institutes in the United States have been shut down in recent years. Of the roughly 120 that opened, only 30 remain open and some of those have announced they’ll close this year.

“Forcing the closure of Confucius Institutes on groundless security concerns in some countries is part of their containment strategy against China,” Wu said, adding that such a move will only slightly affect their people’s learning of Chinese as, in developed countries like the U.S., Confucius Institutes are only one of the platforms available for learning Chinese. For example, although Confucius Institutes in the U.S. have mostly been shut down, Chinese education in multiple schools and universities is continuing.

According to Wu, as China’s national strength and international status rise, the popularity of Chinese might increase and it might have the potential to become an international language like English, though the process may take time. “When that day comes, rather than making efforts to introduce our language and culture to the world, the world will come to us,” Wu concluded.
-The Daily Mail-Beijing Review news exchange item