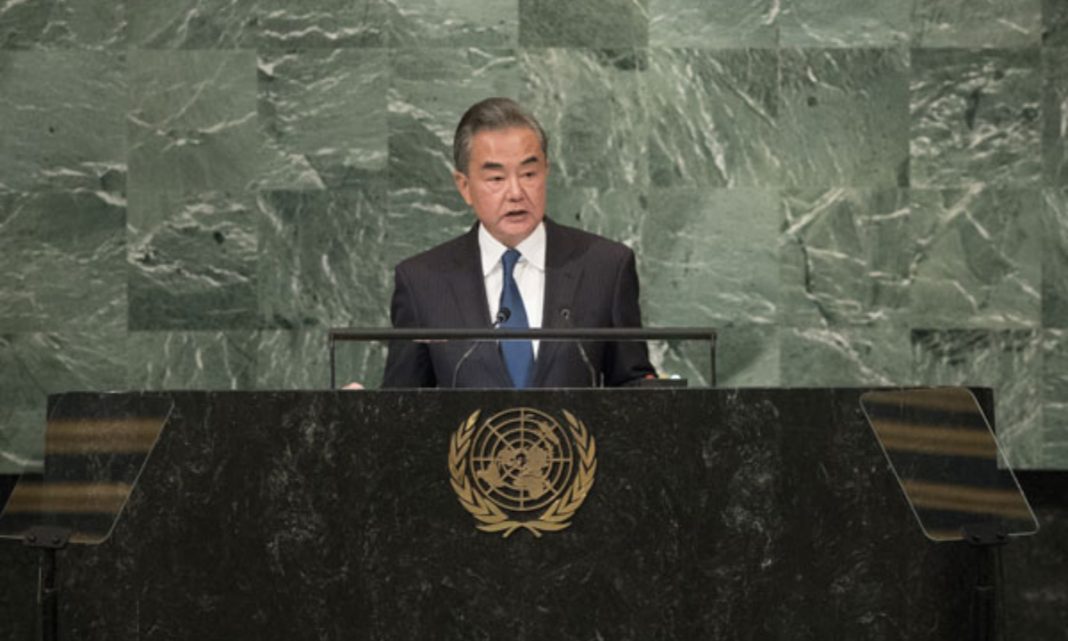 BEIJING: Despite the world being in a phase of “turbulence and transformation,” we have reasons for hope amid broadening cooperation and deepening economic globalization, Chinese State Councilor and Foreign Minister Wang Yi said at thgeneral debate of the 77th session of the UN General Assembly (UNGA).
Compared to the speech delivered by US President Joe Biden at the same event on Wednesday, experts said China’s voice brings confidence for peace and development, especially to developing countries that face serious challenges amid multiple crises, while the voice from the US makes the world nervous and anxious, as the only superpower of the world is trying to use ongoing conflicts and tensions worldwide to save its declining hegemony.
Wang delivered a speech themed “Making Every Effort for Peace and Development, and Shouldering the Responsibility for Solidarity and Progress” to elaborate China’s position on global issues on Saturday.
On the Russia-Ukraine crisis, Wang reaffirmed China’s stance for peace, with analysts saying that when the US is forcing countries to take sides, and adding fuel to the flames by increasing weapon supplies and indirect military intervention to keep the conflict from ending, China’s courage to keep a neutral stance for peace is not easy in front of US pressure, but it is the right position to uphold as both Moscow and Kiev respect China’s stance despite noises from some Western countries.
On the sidelines of the general debate of the UNGA, the Chinese state councilor and foreign minister held many bilateral and multilateral meetings with top diplomats and senior officials from other countries and the UN. China seized the chance to reaffirm China’s firm stance on the Taiwan question and its unshakable determination for reunification to the international community, and it clearly told the world who should be held accountable for the intensifying situation in the Taiwan Straits.
Wang also met with US Secretary of State Antony Blinken, which shows that although the US is damaging bilateral ties with dangerous provocations on the Taiwan question, China still leaves the door for communication open, said experts, noting that the US always says it is not seeking conflict or a new Cold War with China, and stresses its “one-China policy” remains unchanged, but its actions to embolden and arm the Taiwan secessionist authorities make Washington increasingly untrustworthy.
Wang introduced China’s five roles as China has always been: a builder of world peace, a contributor to global development, a defender of the international order, a provider of public goods and a mediator of hotspot issues.
–The Daily Mail-Global Times news exchange item