Meanwhile, rescue sources say nine more workers were reportedly trapped in another mine due to gas inhalation at the Pakistan Mineral Development Corporation (PMDC) mine in Quetta.

Two bodies have been recovered and as many injured labourers evacuated, they said, adding that at least five more miners were still trapped in the mine.

Earlier this week, six labourers working on network installation for a private telecommunication company were shot dead by unidentified men in Kharan district.
According to levies forces, the labourers, who hailed from Punjab, were working without any security and did not have a no objection certificate (NOC). The Frontier Corps (FC), levies forces and administration reached the site of the incident and shifted the bodies to Civil Hospital. 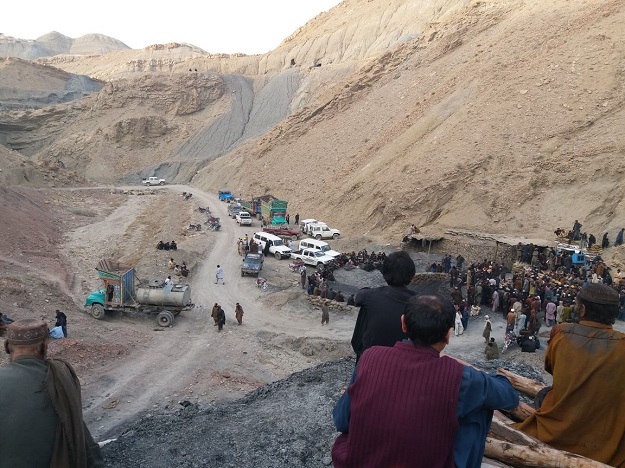 Charter of Economy is a foolish idea, says Fawad