Home CHINA-CPEC-BRI A global development model that benefits all 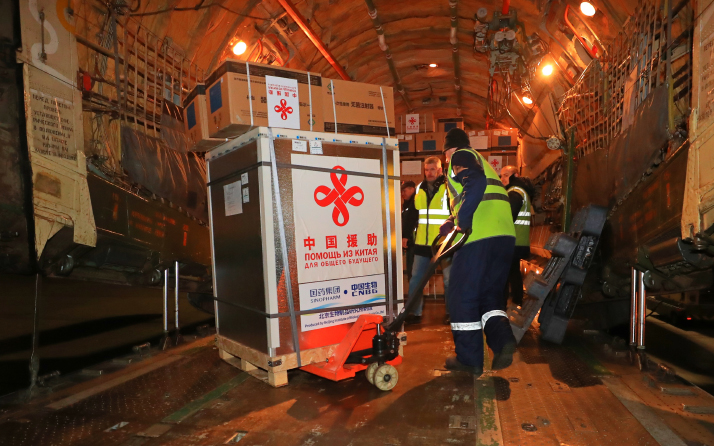 BEIJING: On February 25, 2021, Chinese President Xi Jinping announced China had secured a complete victory in its fight against extreme poverty. Globally, though, 685 million—one in 12—people still suffer poverty that is even more severe.
The global financial system is, in the words of UN Secretary General António Guterres, “morally bankrupt. It favors the rich and punishes the poor.” Hopes were high the world’s people would come together to demand the eradication of extreme poverty through the 17 global Sustainable Development Goals (SDGs) announced in 2015 as part of the UN 2030 Agenda. However, as of yet, this hasn’t happened.
But an alternative vision does exist, one that envisages a community with a shared future for humanity and would involve “countries with different social systems, ideologies, histories, cultures and levels of development coming together for shared interests, shared rights and shared responsibilities in global affairs, and creating the greatest synergy for building a better world.” Scholars and politicians schooled in the neorealist tradition of international relations, on which states must compete for supremacy, might regard this vision as utopian. Yet it is the core of China’s foreign policy as presented by President Xi at a conference marking the 50th anniversary of the restoration of the People’s Republic of China’s lawful seat in the UN in October 2021. Before considering what this alternative vision might entail for global poverty reduction, it is important to understand the structures and forces that have till now prevented greater reductions in global poverty.
The reigning neoliberal framework has long advocated small governments, strong private property rights, and free trade and markets, in turn leading to the “structural adjustment” policy as implemented by the World Bank and the International Monetary Fund (IMF). This made financial assistance to developing countries conditional on the privatization of state-owned enterprises, deregulation of their economies, trade liberalization, “competitive” exchange rates and the elimination of barriers to foreign direct investment. Developing countries were therefore obliged to engage in globalization and to do so from a position of economic weakness.
Despite minor amendments, this system remains in place. It has arguably facilitated the globalization of world trade—credited with stimulating global economic growth and reducing poverty in the last 40 years. It provided the environment in which China, through reform and opening up starting in the late 1970s, grew to become the world’s second largest economy.
However, the neoliberal economic system continues to penalize developing countries. The World Trade Organization (WTO), the global body nominally intended to police fair trade, for example, fails to do so. Instead, it provides nominal legitimacy to trade practices that discriminate against developing economies, similarly supporting the imposition of high tariffs on processed goods exported by low-income countries.
–The Daily Mail-Beijing review news exchange item