At least nine suspects were arrested during a pre-dawn search operation carried out by law-enforcement agencies on the outskirts of Peshawar as police launched an investigation into yesterday’s terror attack on the Agricultural Training Institute (ATI). 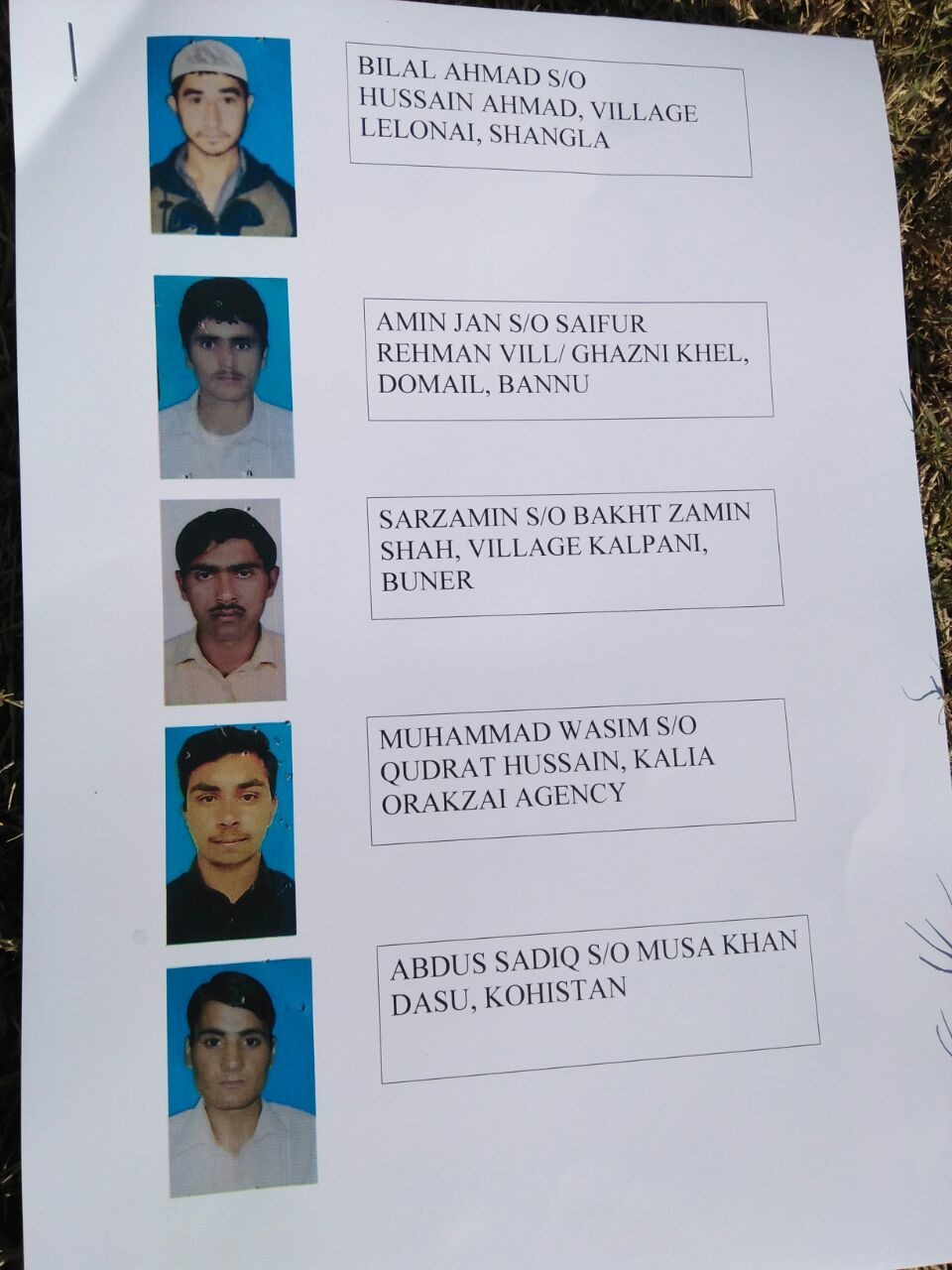 The attack was claimed by the Tehreek-i-Taliban Pakistan. Both police and military officials said the attackers had been coordinating with handlers based in Afghanistan.

The list reveals that most of the slain students belonged to far-flung areas of Khyber Pakhtunkhwa and Fata and remained in the hostel despite it being a holiday on Friday.

The province mourned the deaths of the students and staff member, as the slain victims were laid to rest today. The funeral of the watchman, Hameed, was held in Peshawar’s Budni area and was attended by a large number of people.

A large number of police and other security forces took part in the raids conducted today in Badhber, Telaband and other areas outside the provincial capital, according to police report.

Various types of arms were recovered from the arrested suspects including three pistols, 8mm rifles, 12-bore rifles, sub-machine guns (SMG) and a large quantity of ammos.

The arrested suspects have been shifted to a police station and are being interrogated, sources said.

Security forces searched at least 45 houses during the operation.

Police have also extended the investigation and sent body parts of the militants involved in the attack for forensic tests.

According to the FIR, a copy of which is available with media, three attackers wearing burqas reached the main gate of the institute in a rickshaw (vehicle number: BG-5759).

“They (the attackers) first targeted and shot dead the watchman of the institute at the main gate and entered the building,” the FIR read.

Soon after the attack began, police and army personnel reached the site and engaged the terrorists, the report said, adding that the exchange of fire between the attackers and police lasted two hours.

The FIR said police and security forces cleared the building by shooting the attackers dead and recovering their bodies from different rooms of the hostel.

It added that during the search operation of the hostel and the institute, police also recovered heavy weapons, including hand grenades.

After registering the FIR, the CTD police have started investigating the attack and sent DNA samples from the bodies of the terrorists killed during the clean-up operation for identification.

Peshawar: a victim of militancy

Peshawar has for decades been a victim of militancy due to its status as a front line region in the ongoing war against militancy as well as its proximity to the restless tribal areas and the lawless Pak-Afghan border.

Pakistan Army had launched Operation Raddul Fasaad earlier this year in the aftermath of a fresh resurgence in terror attacks in the country.

The operation seeks to eliminate the “residual/latent threat of terrorism”, consolidating the gains made in other military operations, and further ensuring the security of Pakistan’s borders.

Hundreds of suspected terrorists have reportedly either been killed or arrested in raids carried out by security personnel since the start of the operation.

The number of attacks in the country has fallen around 70 per cent over the past year, due to a combination of the military offensive against Taliban bases along the Afghan border and government initiatives to tackle militancy, but attacks on security and civilian targets continue to occur.

Charter of Economy is a foolish idea, says Fawad